We have attracted the attention of the local media with some of the positive work we are doing in school... 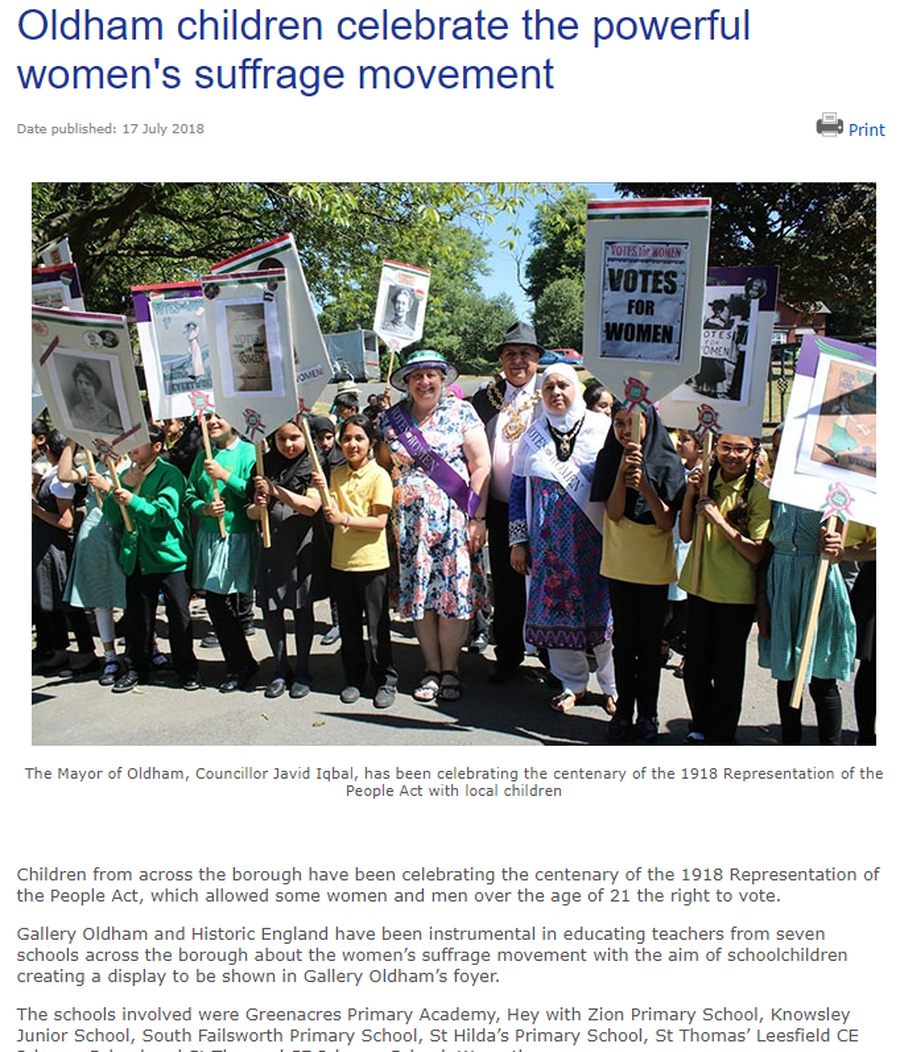 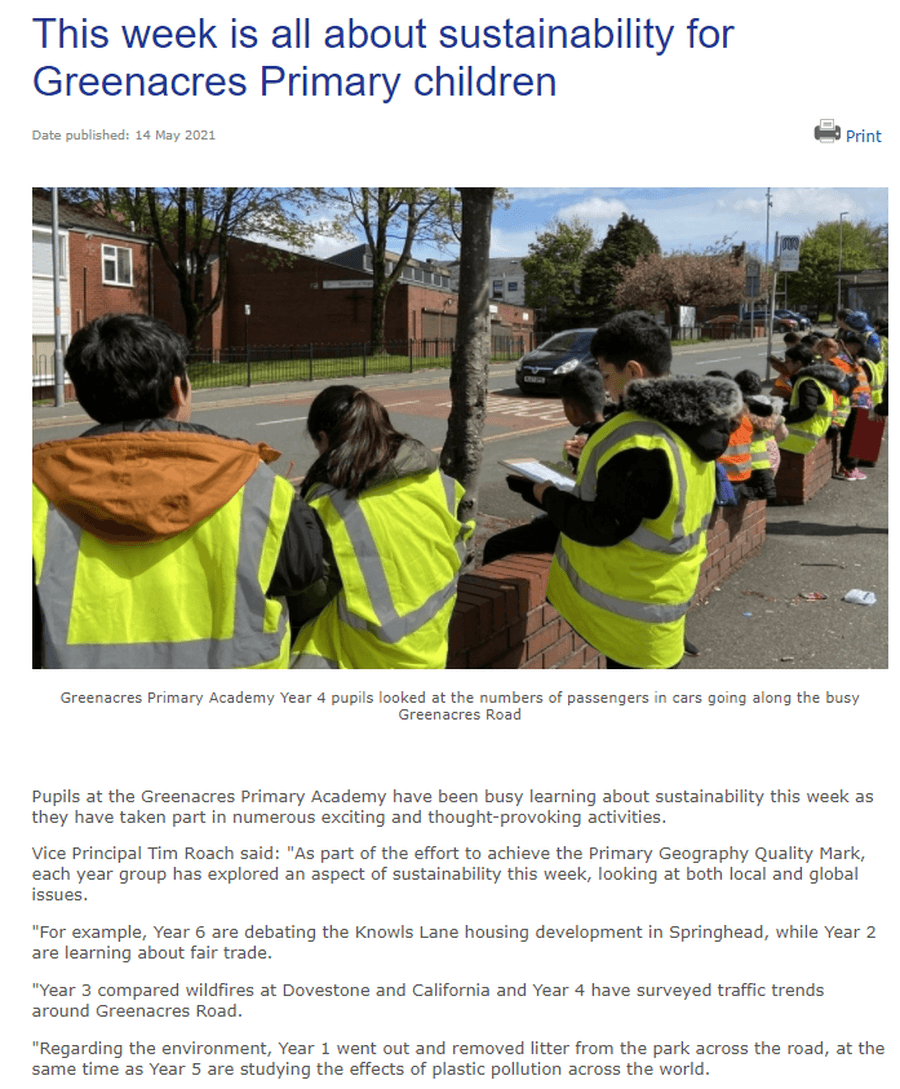 Work in our local area... 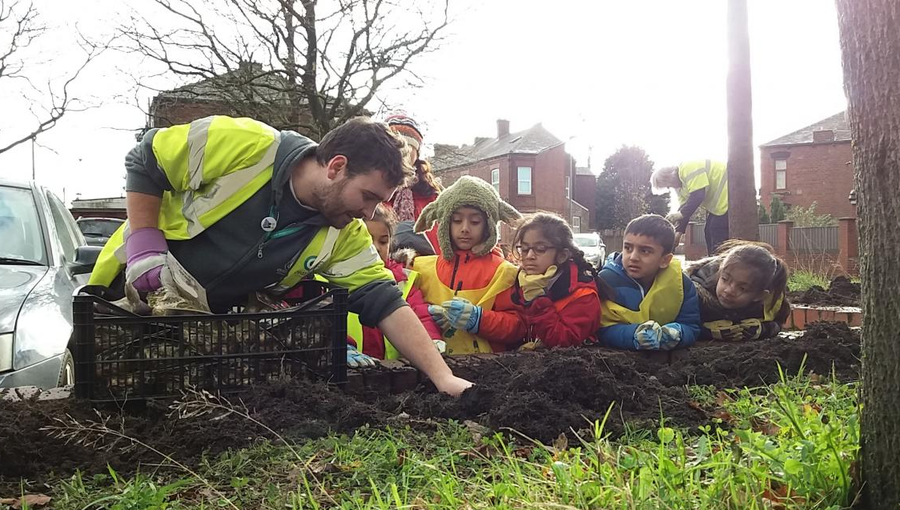 Choral Speaking winners for two classes this year at the Oldham Coliseum...

THERE was double delight for Higher Failsworth Primary School as two of their Reception classes were crowned winners of this year’s Oldham Choral Speaking Festival.

Once again, Oldham Coliseum hosted the 36th annual event which saw around 2,000 students from primary schools across the borough compete over three days.

Arranged and run by the Rotary Club of Oldham Metro, the event is the biggest of its kind in Europe and the second biggest in the world.

It aims to help children increase their enjoyment of poetry and enhance their understanding and appreciation of it by the imaginative interpretation.

And it develops their self-confidence and capacity to speak in public with high standards of presentation, clarity of diction and fluency of delivery.

This year’s performances by pupils included everything from dancing dinner ladies to tongue-twisters, bringing the sights and sounds of poetry alive on stage.

Professional adjudicator Ann Warr judged each performance and decided who to award trophies and special commendations to, as well as certificates for every school.

A Presentation Morning was held at the Coliseum in April when the winning choirs performed again and collected their trophies.

The Ann Warr Trophy was presented by the adjudicator herself to the joint winners – two of Higher Failsworth Primary School’s Reception classes.

Miss Cave’s class performed Excerpt from Adventures of Isabel by Ogden Nash and The King of all Dinosaurs by Paul Cookson while Mrs Burns’ class performed Snail by Steve Turner and The Monster Under Your Bed by Clare Bevan.

Ann has been a judge for the festival since 2007, but this event was her last as she is now retiring.

She said: “I have been coming here for a very long time and I have enjoyed it so much. I have a huge reason for being here – the children.

“This event teaches them so much and gives them enjoyment too. I believe in it so much.

“Thank you to the Coliseum and Rotary. The opportunity you give these children is wonderful.”

A new Mel Farrar Trophy was presented this year in memory of the Rotary member who was involved with the Festival since its launch in 1985 until his recent death.

The award was presented by his wife Ruth to Higher Failsworth Primary School Year 4 for their impressive performances of Veruca Salt Poem Excerpt by Roald Dahl and The Grobblies by Clive Webster.

The John Cleary Trophy – named after one of the founder members of the Rotary club – was presented by Eric Russell, Rotary District Governor, to Greenacres Primary Academy Year 2.

They took to the stage to recite The Three Singing Birds by James Reeves and Don’t Forget Your Capital Letters and Full Stops! By Ian Bland.

Pupils performed The Car Trip by Michael Rosen and The Inspector Calls by Gervase Phinn.

The Mayor of Oldham Cllr Jenny Harrison awarded the Upper Junior Trophy to Higher Failsworth Primary School Year 6, who shone with their performances of Gran Can You Rap? By Jack Ousby and The Dragon Who Ate Our School by Nick Toczek.

The Mayor commented: “What a fantastic celebration and thank you for making sure the Festival has come back with a bang this year after Covid.

“Well done to all the students and teachers who obviously put so much hard work into this.” An Oldham school has celebrated the creativity that poetry can inspire in young readers and writers.

Greenacres Primary Academy on Dunkerley Street held the annual event last week which saw every class, from Reception to Year 6, learn a poem and recite it at the school’s Poetry Slam.

This year’s theme was diversity and inclusion, and children were encouraged to think about the similarities and differences that people share.

Past themes have included the centenary of the First World War, politics and democracy, and the school’s 50th anniversary.

The poet Andy Tooze, from Buxton, Derbyshire, and his illustrator, Martin Olsson, also visited the school and taught workshops over the course of two days.

The workshops gave children at the school the opportunity to explore ways to express themselves in words and pictures.

Commenting on the school’s annual event, vice principal Tim Roach said: “Poetry Week is one of the highlights of the busy autumn term, and everyone gets excited about the visit of Andy and Martin.

“The school buzzes with creativity, language, and rhyme. It’s one of the things about Greenacres that the children love, and it’s great to have that recognised by visitors to school.”

Greenacres Primary Academy was rated "good" by Ofsted in September, with personal development rated as "outstanding".

We use necessary cookies to make our site work. We'd also like to set optional analytics cookies to help us improve it. We won't set optional cookies unless you enable them. Using this tool will set a cookie on your device to remember your preferences.

Necessary cookies enable core functionality such as security, network management, and accessibility. You may disable these by changing your browser settings, but this may affect how the website functions.